So I have ME/CF (I refuse to put the ‘S’ at the end for it is NOT a syndrome) and Fibromyalgia and am taking all sorts of medication, but the worst (after the symptoms, and the symptoms the drugs cause) is the boredom.

I, like most others with a chronic illness, still think and feel the same now as I did before my diagnosis. Yet I have zero (mostly negative) energy to do anything. Which leaves me with thoughts and feelings I cannot act upon for lack of energy.

Meaning I’m bedbound yet crave to do all the things I have always done, but even going to the local cafe by myself is impossible as I have no way to get there. No car (can’t afford a second one) and I can’t walk that far.

So what to do all day? Reading sometimes brings on a dizziness attack, walking to the living room leaves me breathless so the rest of the house is pretty much out of bounds.

And I hate daytime TV.

Last year I wrote a book on my phone, one hundred thousand words by thumbpressing, but do I have the energy to go to my computer, turn it into an ebook and upload it to Amazon after finding out how to do that? Nope.

I have no money so I can’t online shop and get excited about a delivery. The only mail I receive are bills.

So what to do? Damn good question.

The Australian Government strictly states that Lyme disease does not exist here.

This is despite over a hundred doctors recently gathering from around the country to discuss this insidious disease and the fact it does exist here and the Government needs to change its stance.

For now, if a GP notes on a patient record ‘Lyme Disease’ they are taken to task and given hell. Treatment is non considered as it doesn’t exist.

Yet I check the symptoms and damn, they’re pretty darn close!

I recently went on a drug, when all others had failed over the last two-and-a-half years, that treats diseases like Lyme and have noticed a small improvement. No more than 4-5% but at least something.

Note for the Australian Government – denying something exists does not make it so. But then they believe this on so many levels, why any different for a disease making thousands of people’s lives miserable? Better for them to be miserable and lose their jobs and futures than admit an error, surely.

An expert in this field was told my symptoms and his response was immediately, “So what bit him?” But no it doesn’t exist!

So now I’m being treated for something that bit me, although we don’t know what, or even if, because tests for Lyme Disease are so inconclusive here as to be useless.

A great song, I used to love it.

That is until the inside of my head has impersonated a spinning top for the last nine weeks or so, without stopping for one microsecond.

I’ve had dizziness before with my illnesses (Fibromyalgia, ME and CFS) but it has always just come and gone, sometimes violently. This time it’s a constant whirring, with someone controlling the speed remotely. One moment it is a reasonable one or two out of ten (on the dizziness scale) then suddenly it’s up to seven or eight, with accompanying nausea and a feeling of having absolutely no control, over anything.

It’s a bit like being in a spinning, plummeting airplane. Or at least that is how it feels and how my imagination pictures it to be.

I’ve given up all drugs except my painkillers, which I have also reduced by two thirds in the hope of the dizziness stopping. I thought it was a side effect, as it started when I began a new drug. Now I just have more pain…and dizziness.

Maybe it’s not though, and that scares me more than anything. What if it is here to stay? I’ve barely maintained my sanity for nine weeks, I have no idea how I would survive nine months!! Oh please god no!

So now I hate this song, yet cannot get it out of my head. Much like my dizziness. 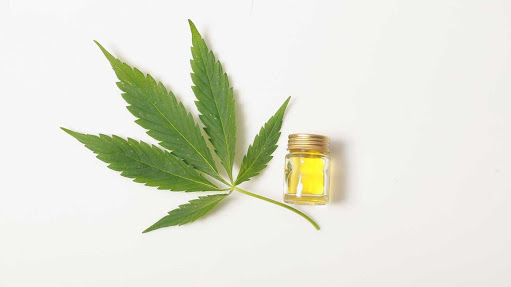 “And I’m very worried, and as many of us in the faculty of pain medicine are very worried, that ultimately it will lead to the prescription of more opioids as a sort of back-stop measure and we know that this carries significant risk and often very little benefit,” he said.”

So opioids continue to get a bad name, and cause more deaths by overdose than car accidents per year in the US because people take so many to try to stop their pain.

And yet CBD oil, which would earn the Government tax dollars instead of costing them by subsidising prescriptions and paying for opioid patients using hospital beds.

It is such a simple, straight forward decision with SO many benefits, why are we not following 40 other countries and giving chronically ill people the ability to buy it??

As usual in our society in the last ten years, in many areas, it makes no damn sense. 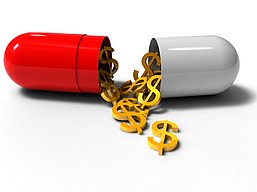 I share a chronic illness with millions of people worldwide.

It gives me, on an almost daily basis, more pain than I have had in my life in total, until now.

All of the drugs that are recommended for us have significant, serious and irreversible side affects.

So why are they recommended? Because big pharmaceutical companies make them, doctors (who are too tired, overworked, disinterested or just don’t care) prescribe them, and they make billions of dollars. For Research and Development we are told. Or maybe bonuses and conferences.

Why, in 2018, can I not get access to the one medicinal supplement that has more than thirty years of extensive, proven, large sample size research? Because it is illegal to do so here in Australia.

We could have been manufacturing this by now, and collecting taxes I would be more than happy to pay.

Even if South Australia went ahead and completely legalised it’s distribution but controlled it’s growth, the tax benefit would pay for the new South Road within ten years.

So why not here? Why is Australia yet again at the bottom of the pile of innovation and acceptance of irrefutable evidence from over a dozen countries?

Perhaps if our Federal politicians popped their collective heads out of the sand, followed by the presently archaic national president of the AMA (Australian Medical Association), instead of fighting over who has the biggest office, we might actually move forward.

So tens of millions of us worldwide, and approximately two million Australians, suffer excruciating pain every day of our lives because the very people who are meant to have our best interests at heart cannot see past their own reflection.

Wake up. Eminent scientific researchers worldwide agree that Cannabis Oil eases our pain, does not have any side affects and is not addictive. And we will pay taxes on it.

Not addictive? Well then no long term money in it for the pharmaceutical companies to produce it, and so overdoses of OxyContin (the leading recommend drug) kill more Americans than car crashes each year, and we are following closely behind.

A stroke of a pen would give us back our lives, yet it is more important to get a spot on a shock-jocks radio program or to discuss who gets what Ministry.

I think I might join the exodus and move to Canada.

The flu virus changes every year, making it difficult to treat and meaning a different vaccine is needed yearly.

So in fact it’s completely different from the flu virus – my bad.

So how do you find a cure for something that affects those who suffer it so differently? There are so many stories of different drugs that ‘gave me my life back’ that it is impossible to engineer one cure for us all.

Of course I hope I am completely wrong.

There is of course one supplement that actually works for over ninety percent of us – cannabis oil. No THC so no high and therefore no possibility of addiction, but because of the word ‘cannabis’ it has more opposition than an Australian Prime Minister.

There is more than thirty years of science that proves it works, has no side affects and is not addictive. Had it been developed by a large pharmaceutical company it would already be on the shelf.

Unfortunately for the pharmaceutical companies they have no money invested in cannabis (to my knowledge) so they help form the ‘against’ argument – no profit, no health.

If I won the lottery I would start a business here in Australia producing cannabis oil and I would pay taxes, making the government a fortune and a few hundred thousand people feel human again.

Why is it so difficult? 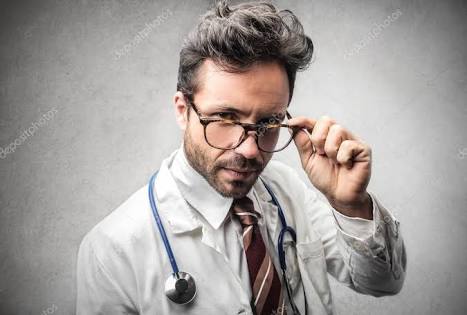 Horrendous full body pain, from head to toe, for years on end. You either come to terms with it, or it destroys you.

I have read research papers (yes published in A Class Journals for those of you who don’t listen to anything else and are therefore, to some extent, blinkered) that state the pain that fellow sufferers and I endure is very similar to the pain a cancer patient suffers during their final three months.

Her pain was so bad she did not even realise she had cancer, and died oblivious.

Why do we have to come out with these stories? Israeli medical research (and US, UK etc) has 30 years of proof that cannabis oil can and does ease our suffering, yet very little action is taken.

Our Federal politicians would say they are taking action, but progressing as slowly as possible is not action. It is only minutely better than nothing.

And yet because our illness is not visible, it has words that make people question it’s validity (Chronic Fatigue, really? Are you sure you don’t just need a good night’s sleep and some exercise??), and the oil that can help us is called ‘cannabis’, everyone in authority seems to not believe us. Or not want to.

I wish they could experience what we go through every day, but just for twenty-four hours. I wouldn’t want anyone to suffer more than that, I am not cruel by nature.

Then we would see access to what helps us open up in record time.

If they will not believe dozens and dozens of papers published over the past thirty plus years then perhaps they would believe their own pain receptors.

In the meantime we, their fellow human beings, continue in agony for years. The heads of medical associations do not believe these trials have conclusively proved the benefits of cannabis oil.

If that is the case, then perhaps they should learn how to read. But don’t ask me to teach them, because when you’re in this much pain, patience is very thin if non-existent.

In twenty years they will all be seen as fools. Which means I have to suffer for another twenty years?

Heaven help us all.