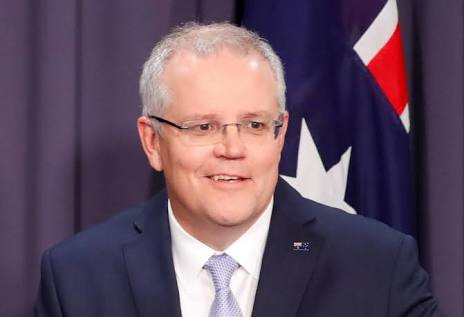 So Australia has yet another Prime Minister, and just yesterday the same man pledged his full support for the guy he defeated today.

Unfortunately from the outside it looks like Malcolm Turnbull was never given a chance to be the Prime Minister he wanted to be. In fact in his own words he said keeping the party unified took a significant amount of his time.

That’s what we like to hear, that those working for us, the long forgotten electors who are paying their exhorbitant salary and benefits, are only getting around seventy percent of their attention. The rest is on keeping their jobs and undermining those above them so they can have their job.

If they were my employees they would be given an ultimatum. Either take a thirty percent reduction in salary or resign.

They say they are concerned about our significant cost of living increase over the last ten years, our wages not keeping up with real inflation, our ludicrously expensive electricity prices, our sick waiting months and sometimes years to be seen and our elderly and unemployed who have not had an increase in their social payments for thirty-five years.

Does anyone, anywhere, believe them anymore? No matter what side you voted for in the past ten years, they have changed leaders (and therefore PM’s) more than ever before and made us an international laughing stock.

Time and again we see their naked ambition, their ‘do anything’ attitude towards their own careers and their unbridled megalomania.

So why should we expect it to change?

I predict a non verdict in the next Federal election, whenever that may be. Parliament will be full of independents and small parties as we collectively give up on the self aggrandisement of the two major parties.

But then minorities have held governments to account before, one of whom was described by all who spoke to him as the most stupid person they had ever met.

Well I say their stupidity would probably be an improvement over what we have now.

For heaven’s sake, it could not be worse.

One thought on “Another new PM”