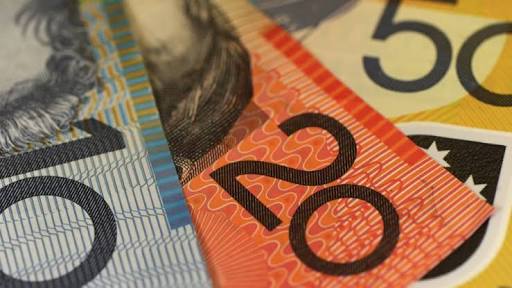 I am sure you have all noticed the same thing.

For almost everything you purchase from the supermarket today, you are receiving around 20 percent less in actual product than you used to receive a year ago, and for the same price.

Our real inflation figure is around 7-8 percent, maybe more. Yet the figures coming out of the the Australian Bureau of Statistics (ABS) indicate inflation is no higher than 2.5 percent.

So our wages increase by a quarter of the increased costs we pay for essential goods every day, meaning our buying power is being significantly eroded. We simply cannot buy anywhere near as much in the supermarket today as we did last year, the year before that and so on.

No wonder we all feel a lot worse off today, and get very angry when politicians state the ‘official’ yet wildly inaccurate inflation figure.

Its official title is ‘household gross disposable income’ and it is decreasing as fast as water draining from a bath once the plug is removed. Or at least it sometimes feels that way.

The ‘statistics’ say we should all be fine, yet we have more people seeking assistance than ever before. And our purchasing power has reduced by 20 percent or more on many of our regular food items.

For example, packets of nutritious nutbars we used to enjoy did come in packs of six. Without any price reduction they then contained five per pack, and now only four. They then reduced the size of each individual bar by 20 percent. The price of each box has not reduced at all

So the ABS, who only look at the surface and so obtain meaningless figures, sees no increase.

Obviously their data collection is way off, and they should have started to include the size of items as well as price some years ago.

Many of us did not notice this seven percent increase in overall price, encouraging others to do the same.

The ABS has been completely wrong for some years now.

Packets of potato chips now contain far fewer chips, and they cunningly fill the rest of each bag with compressed air. This actually adds weight, meaning the weight shown on the packet is the same, or very close to the same, weight was before. Unfortunately we cannot eat air, yet we are now paying for it.

Once again the fast diminishing cash in our pockets tells the real story.

If the ABS does not get its act together quickly and measure the real cost of living increases we experience every day, we will soon have our buying power reduced by 50 percent with only, if we are lucky, an increase in wages of 2.5 percent.

Businesses know this, and also know it contributes to their ever increasing bottom lines so they are not going to speak up any time soon. The government, likewise, loves announcing ‘low’ inflation as evidence of their wonderful economic management.

I have read quotes from officials within the ABS admitting they are not getting the inflation figures correct. How about they simply include measurements/quantities of food items we now receive for the same money? It would quickly show the correct inflation figure, at approximately four times the current figure.

However that would mean admitting to incorrect calculations for the past several years. Why do that when the government is so happy with the way they calculate it now?

We are all being squeezed in a vice consisting of business profits and fast diminishing products for the same amount of our money.

Once again our confidence in those who are meant to know what they are doing, because it directly affects our quality of life, is eroding almost as quickly as the size of the products we buy.

So if the increased profits businesses are making from this underhanded price manipulation are not being shared with us in higher wages, why does the federal government think their planned tax cuts will be passed on?

As always the lower and middle classes suffer so the rich can get richer. The current gap between the rich and poor has never been bigger and shows no sign of slowing.

When the results of all the bi-elections from yesterday come in and victory is dominated by independents, the two main political party’s have only themselves to blame.

We are not as gullible as they think we are.

Finally I must, in the interest of balance, mention the new government here in South Australia. So far they have met all their election promises and look like they are doing their best to meet all of them wherever possible. This is reflected in recent business confidence figures being the highest this State has seen for a very, very long time.

Unfortunately they have no clout when it comes to calculating real inflation. We can only hope that a federal government will follow their lead soon and tell it like it is.

In the meantime we progressively get poorer and, unless we read and note the weight and quantity of everything we buy, it will only get worse.

But hey, with inflation at only 2.5 percent why worry?